The Friendly Sons of St. Patrick of Hunterdon County is a 501(c)3 charitable organization that aims to promote, embrace and enjoy Irish-American culture in a positive and progressive manner.

Founded in 2008, the FSSP also raises and distributes funds to families impacted by medical bills, assists children with disabilities and supports Non-Profit Organizations that benefit people in need. The FSSP has raised and distributed more than $250,000 to worthy causes across Hunterdon Co over the past 10 years.

The FSSP always welcomes new members and holds monthly meetings on the 2nd Tuesday of each month at the Clinton Elks, 201 Sidney Rd, Pittstown, NJ 08867 at 8:00 PM. For more information on membership or philanthropic support, contact FSSPHunterdon@gmail.com.

We would love to share more of our vision and accomplishments with you. It should make you confident in our efforts.

May 13, 2018
Welcome to the new look of The Friendly Sons Of St. Patrick Hunterdon. We are trying to make upcoming events and accomplishments easier to discover.
Read more

May 13, 2018
Check out FSSP gear. Click on icon below and select GO for Friendly Sons for available merchandise:
Read more 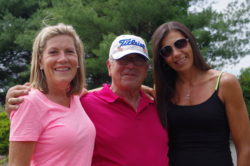 November 6, 2018
All of the money raised by The Friendly Sons goes to helping Hunterdon County families in need.  Our members pay dues to keep this promise ...
Read more

November 6, 2018
Held on July 12th at Beaver Brook Country Club was a huge success raising funds for families in need throughout the County. Check out our ...
Read more

January 16, 2020
The 2020 After Party, much like the Parade needed to be postponed due to the Corona Pandemic. We’re sure the Party when held will be ...
Read more

January 16, 2020
Well Sadly The 2020 Parade needed to be postponed due to the Corona Pandemic. We’re sure the Parade when held will be spectacular! Stay Tuned ...
Read more 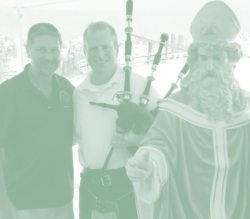 February 4, 2020
Join us for a great day of camaraderie as we raise funds to help families in Hunterdon County. Next July at Beaver Brook CC.  Details ...
Read more
Copyright © 2019 By FSSP Hunterdon, all rights reserved.